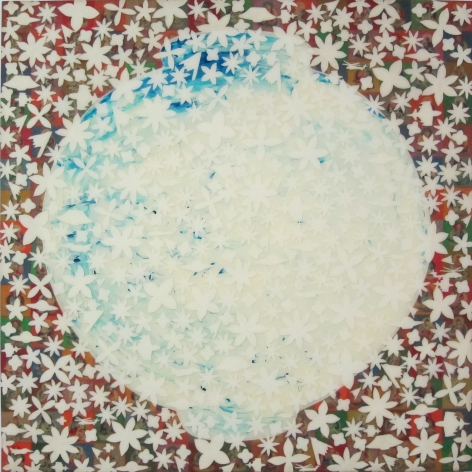 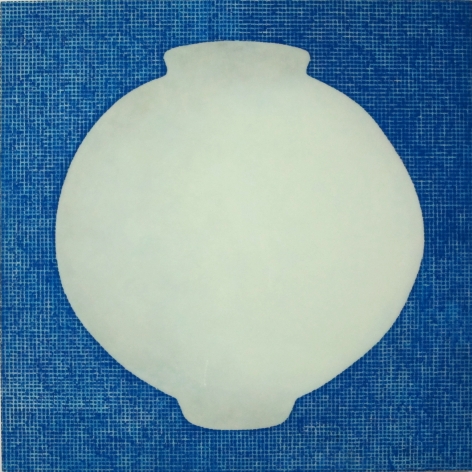 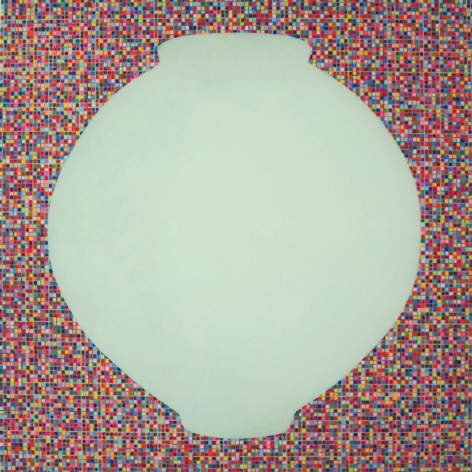 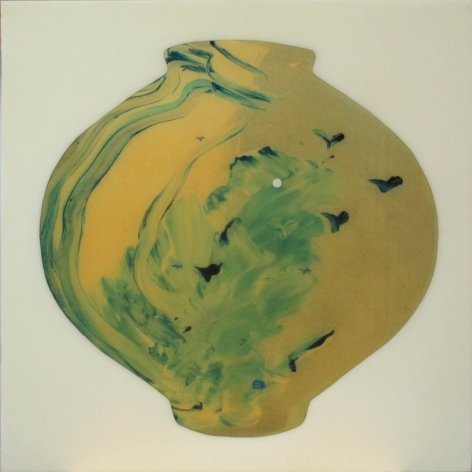 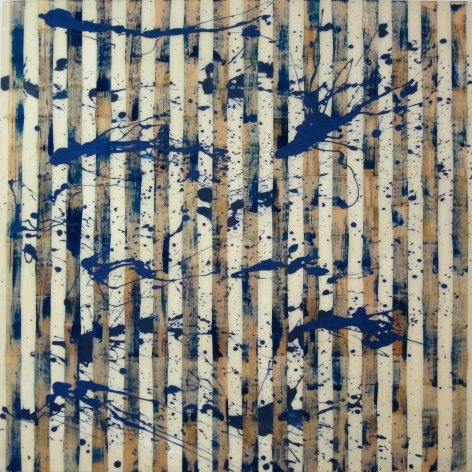 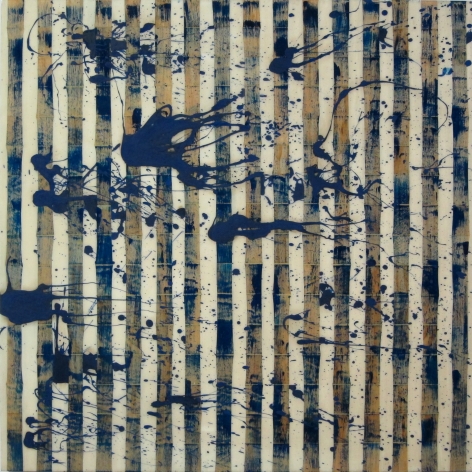 Blue Chrysanthemum Moon Jar is the embodiment of the artist’s vision for a united Korean peninsula, a theme that Kang has been exploring since the beginning of his artistic career. Unique to Korea and mainly produced during the 17th and 18th century, the undecorated large white moon jars were used as storage jars for wine and food in the Royal Court. Moon Jars symbolize Neo-Confucian ideals of frugality, purity, and austerity, which were principles of scholar-gentlemen and aristocrats, the ruling class of the Joseon Dynasty (1392-1910). The Chrysanthemum is a Confucian symbol of courage and patience – a flower defiantly blooms in full glory amidst the cold winds and early snows of Korean winters. Kang’s spontaneous finger paintings of these scholar-gentlemen symbols adorn the surface of the white moon jars.

Bamboo, also a Confucian symbol, is revered for its uprightness and strength. It was used as a symbol of perseverance and resilience. Buncheong ware is a form of traditional Korean stoneware with a bluish-green glaze. Actively produced in early 15th century and onwards, these pots were coated with white slip and spontaneously created designs, and were mainly made for everyday use.  Buncheong Jar highlights the state of war that currently exists between South and North Korea. Kang’s Buncheong is an icon of Korea’s classical past, a unified nation interrupted by fighter jets depicted in the negative space that bisects the whole.

Kang recalls Nam June Paik once telling him that "the moon was the earliest TV. It was the place of imagination and a playground." For Kang, the Moon Jar is the place where people’s dreams are stored.