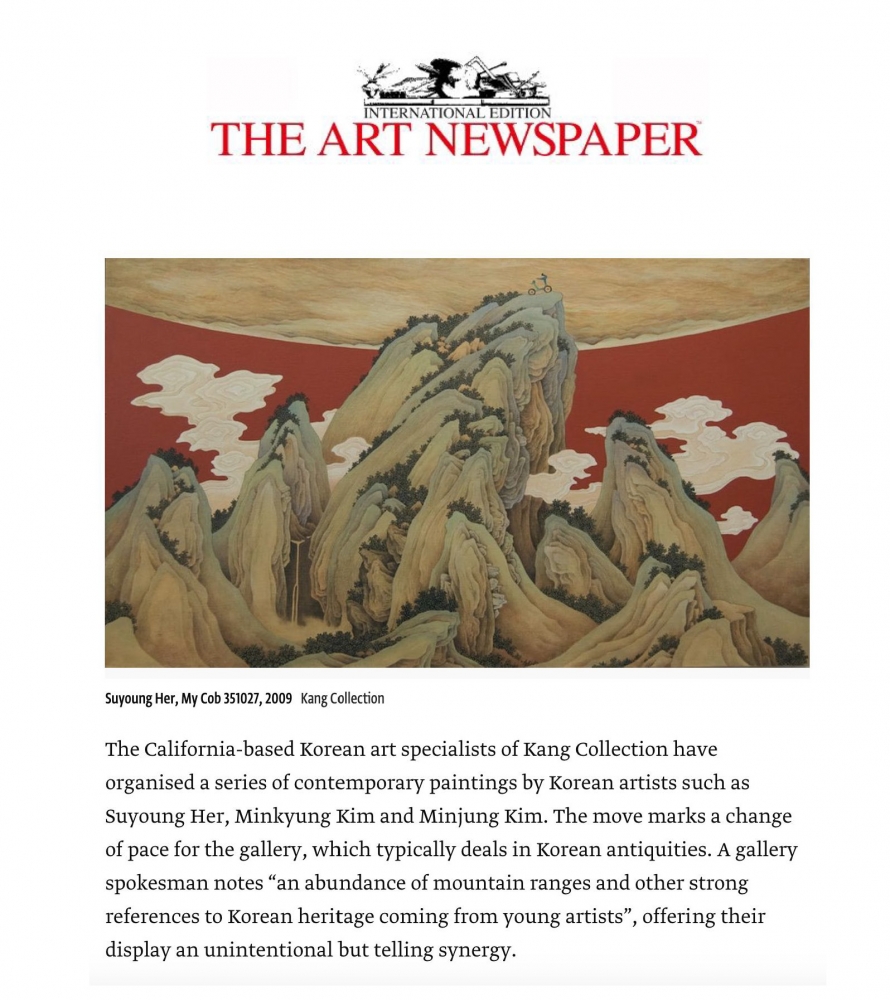 The California-based Korean art specialists of Kang Collection have organised a series of contemporary paintings by Korean artists such as Suyoung Her, Minkyung Kim and Minjung Kim. The move marks a change of pace for the gallery, which typically deals in Korean antiquities. A gallery spokesman notes “an abundance of mountain ranges and other strong references to Korean heritage coming from young artists”, offering their display an unintentional but telling synergy.