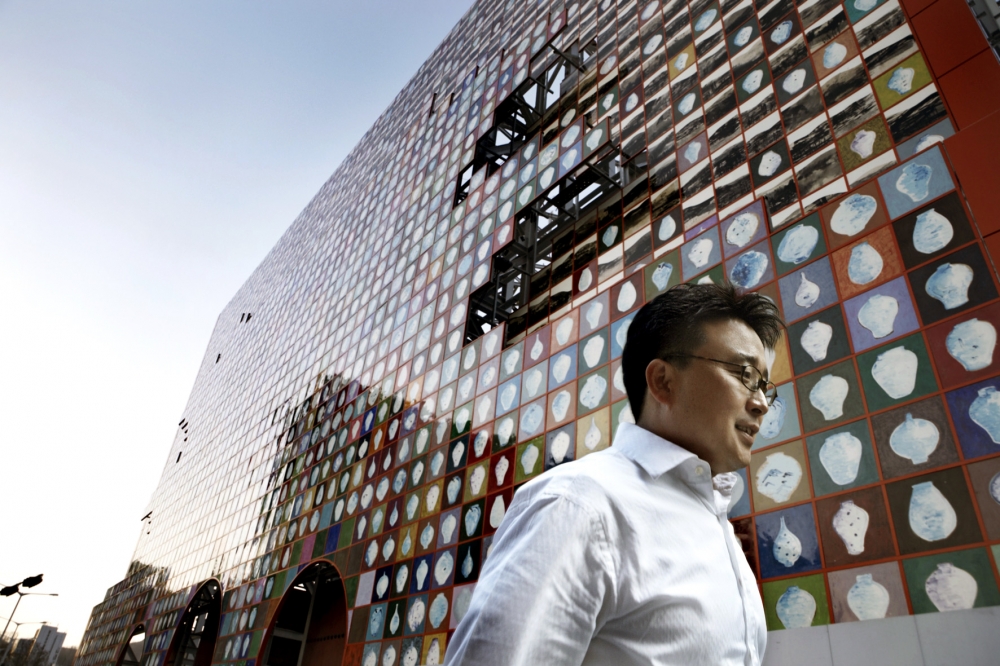 Born in 1960, in Cheong Ju, Korea, Ik-Joong Kang has lived and worked in New York City since 1984. He received his BFA from Hong-Ik University in Seoul, Korea, and his MFA from Pratt Institute in Brooklyn, New York.
Kang has exhibited widely, including a solo exhibition at the Whitney Museum of American Art at Philip Morris, New York in 1996; a two-person show with Nam June Paik at the Whitney Museum of American Art at Champion, Connecticut; and group exhibitions at The Museum of Contemporary Art, Los Angeles, the Ludwig Museum, Cologne, Germany, and the National Museum of Contemporary Art, Seoul, Korea. In the spring of 1997, he was awarded The Special Merit prize in the 47th Venice Biennale.

He just finished the project "Amazed World" commissioned by the Republic of Korea in association with Unicef. This project was based on the artist's belief of the rights of children to basic personal, political and social freedoms. Approximately 40,000 children's works from 150 countries were displayed in a gigantic maze installation in the UN building lobby in New York from September, 2001 through April, 2002. In December, 2000 he was commissioned a permanent Mural Project, at the San Francisco International Airport. The Mural Project contains 5,900 pieces of his paintings and sculptures. In December 1999, Ik-Joong Kang worked with 50,000 children from South Korea in creating "100,000 Dreams." This project featured a 1 km-long, vinyl tunnel-inside which all of the children's works were displayed. Though North Korean children did not participate as planned, this project has since manifested itself on a wider level. Amazed World aims to involve children from a diverse collection of cultures, religions, political beliefs, and environments.

Kang has received many awards and fellowships, including a Louis Comfort Tiffany Foundation Fellowship, a Joan Mitchell Foundation Fellowship. His work is represented in the British Museum in London, the Whitney Museum of American Art, New York and the Ludwig Museum, Cologne, Germany, The Museum of Contemporary Art, Los Angeles, California, the Bronx Museum of the Arts, New York, the Samsung Art Museum, Seoul, Korea, and the President's Committee on Arts and Humanity, Washington, D.C.